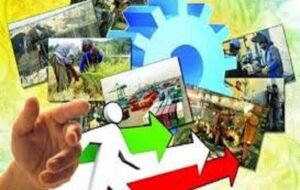 Following the appointment of Seyyed Hamid Afrazian, a young, experienced and energetic member of the Gachsaran Red Crescent with 11 years of experience in this organization, instead of Mr. Ali Fathi, the former head of the Red Crescent with 9 years at the helm, the reaction of the former Gachsaran representative On the other hand, it is unfortunate that Tajgardoon has challenged the natural process of changing managers and appointing managers after political changes, and called the change of Mr. Ali Fathi an unusual step that he took during his eight years in parliament. He made fundamental changes in the management of Gachsaran and Basht, changes that even extended to the management of hospitals, nurses, wards, supervisors, change of principals, deputies and even school caretakers and small and large changes in Gachsaran Oil Company, changes that are standard Only alignment, uniform political thinking, and sometimes familial relations were neither revolutionary nor jihadist criteria.
Mr. Tajgerdun, you have started a revolution of extensive changes of managers at all levels, and you have not weakened and elite, and you have gone through all the razors of politics, games and partisanship. Of course, I do not deny your legal and customary right in this regard. Knowingly permissible and forbidden to others, it is an insult to the political consciousness of people who are political analysts from all walks of life, ages and classes and are aware of the political and social issues and fringes of their city. It is also interesting that you During your 8 years of representation, you made managerial changes and arrangements, which you repeatedly criticized in various meetings in the presence of the media for their inefficiency and weakness.
Dear Mr. Tajgardoon, Your Excellency’s brief remarks regarding the change of management of the Red Crescent are neither out of compassion nor belief in the actions of the jihadi and revolutionary leaders. During your administration, there were many young and revolutionary managers who were changed in their farewell ceremony despite being called elite. And Boyerahmad, Mr. Pourshirzadi, Director General of Welfare of the province and…. In short, my remarks about changing the management of the Gachsaran Red Crescent have two sides of the same coin. And secondly, the Tehreek-e-Qashqai tribe, the powerful but forgotten sons of Gachsaran, whose power and energy you did not use to the best of their ability, neither in the city nor in the province, and today you are trying to catch the muddy water of Tehreek-e-Mahsoud.

But on the other hand, I am talking to the media in line with the former representative and the electoral rivals representing Gachsaran and Basht in cyberspace, the majority of which are Instagram pages. Between this tribe and the representative of Gachsaran and Basht, the media that are ready to light the fire of ethnic hypocrisy and hit the current political current of Gachsaran and Basht with any weapon, the actions and mischief of these media while Gachsaran is a city with a special diversity of ethnicities, It is considered by itself, Gachsaran is not the city of Bavi and Qashqais, Gachsaran is the city of different ethnicities, ethnicities that have elites, managers and capable people in the field of management and administration for many years and are considered natives of this city. It becomes an administrative complex, indicating indifference to the Bavi or Qashqai tribes or the weakness of the representative !! How can the management of a manager of Kohgiluyeh origin for more than 7 years over the Gachsaran Islamic Propaganda Office be hidden from the eyes of these media, but the appointment of Afrazian as the new management of the Red Crescent becomes Osman’s shirt inciting the Qashqai and ignoring the natives of Gachsaran Unless anyone criticized that manager in those years, were there not enough young people and qualified people like Bavi, Qashqai, Boyer-Ahmadi and… to be in this position or other managers with other ethnicities in other departments! Including the removal of Seyyed Akbar Alizadeh from the governorship of Gachsaran and the appointment of Shafi’i as an ethnic Kurd as the new governor of Gachsaran, no changes were ever made to it and no one considered it a weakness of the former representative. And I know it is ineffective, but I believe in the high consciousness of the public opinion of Gachsaran community and your understanding of events, changes and developments.
Cyrus Rezaei

کلیک کنید  Iran's stance on prohibition of WMDs, a political gesture or a religious principle?